"Right from the start, we stand for reliability, consistent quality and competent advice. We work worldwide, are innovative and act quickly and punctually. Our steady growth has continued over the years of the company's history and shows that the chosen path was the right one." 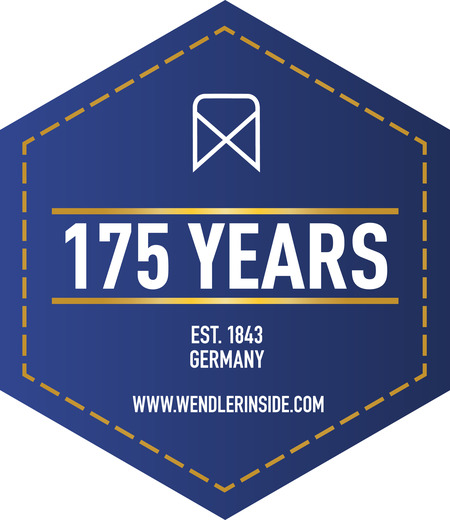 The foundation stone for the company Wendler was laid in 1843 by the dyer Eberhard Friedrich Renz. For a total of 4000 South German gulden, he bought a workshop, a house and a building with a textile mangle in Reutlingen where he produced mainly canvas, a wide-meshed fabric that is used as a base fabric for embroidery.

In 1869, his son-in-law, Gottlob Wendler, took helm of the company until 1896, when his sons Eberhard and Gottlob Wendler stepped in and founded the company "Gebrüder Wendler". Driven by the energy and strong determination of Eberhard Wendler, the company expanded rapidly: After just 11 years, Gebrüder Wendler transformed into a fully integrated textile company with spinning, weaving and cotton finishing lines in 3 locations. Due to flexibility and a great business sense, Wendler managed to successfully hold its position as a supplier of cotton fabrics in a difficult market with many political and economic challenges.

This was especially the case in the 1970s, as markets became more global and the wage developments could no longer compete with Asia. The company decided to change its direction and started to focus on the production and distribution of woven interlining for shirts and blouses. For this purpose, Hugo Wendler and Gerhard Lohrer founded today’s company "Wendler Einlagen GmbH & Co. KG." in 1974. Wendler’s son, Gerhart, took over in the mid-80s and now manages the company in the 6th generation.

As the expert for interlining materials, the company has gained a worldwide reputation in the industry. Always forward-looking, a Hong Kong subsidiary was already established in the early 1970s, followed by further locations around the world and production facilities in China, Bangladesh and India. This is why, after 175 successful years, today’s Wendler Group remains well positioned and ready for the next challenges and developments in the global textile industry.